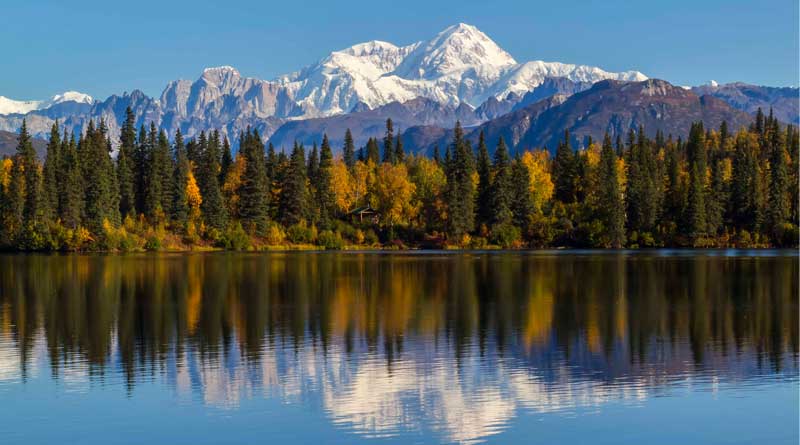 Often times in our life we look for something a bit more daring, with a strong kick to it to fill our lives with joy. With the kind of lazy and static lives being wasted behind the desks, this often becomes necessary. For the hiker community, traveling around the world beyond their local hiking trails is one way to do that. But what if you can do one better?

Mountaineering is the ultimate adventure for a hiker. An activity that tests every muscle in your body, and tests your stamina at the limit. In some cases, can be very difficult and even dangerous elevating that sense of adventure. It may also require you to camp for up to 6 or even 10 days. In the end, the reward is every bit worth it when you get to the top. Nothing in the world can beat the feeling.

So here is the list of the top 10 best mountains to climb in the world.

The Andes is the longest mountain range on earth. It runs through seven countries along the coast of South America. The Andes is a piece of history as it is home to the famous Incan Trail and Machu Picchu.

Machu Picchu is the lost city of the Incan empire and one of the most beautiful archeological wonders of the world. You will come across various environments at the Andes and that’s what makes it special. You will come across elements of the rainforest while the mountains are still covered in snow.

The Inca Trail winds across the Andes mountain range in Peru. Walking it is a once in a lifetime experience that you wouldn’t want to miss. The trek is for all ages as long as you are physically fit. The trek allows you to see the ancient monuments of the Incan empire along with the natural beauty of Peru.

Mount Fuji is a real illustration of a standalone mountain that you will probably think of when asked to describe. That is why it attracts as many photographers and artists as it attracts hikers each year. The scenic view it provides due to being in close proximity of Tokyo makes it a climb of a lifetime, only 60 miles south of Tokyo.

Once a forbidden volcano, it is now an iconic symbol of Japan and its beauty and welcomes around 300,000 climbers of all levels each year. Early July through mid of September is considered the official climbing season.

The climb to the top and back takes around 10 hours for normal people. But athletes or fit individuals can do it in roughly 8 hours. You can take a shuttle to the base of the mountain from Tokyo during the official season. The trail is well marked. You can also reserve a mountain hut along the way which is a good idea if you want to see the sunrise.

Kilimanjaro is Africa’s highest mountain located on Tanzania’s northern border with Kenya. It is one of the most popular mountains in the world. Kilimanjaro is made up of 3 extinct volcanoes: Kiba, Mawenzi, and Shira – the highest peak. Reaching the top of Kilimanjaro is exhilarating.

Although only 190 miles south to the equator, the summit of the mountain is permanently capped with snow with an amazing contrast to the arid savannah below. Every year, around 30,000 people visit the Kilimanjaro. Most of the challenges that exist with a high-altitude mountain are not present here.

Kilimanjaro is a series of hiking trails to the summit. It doesn’t require any technical knowledge or rock climbing experience making it one of the most accessible mountains. To succeed, it’s important to guard against Acute Mountain Sickness caused by thin air. It is advised to go for an eight to ten-day climb instead of the usual five so that your body acclimate to the altitude.

Situated in the Swiss Alps, the Matterhorn is known to be the birthplace of mountain climbing. It is an iconic mountain that attracts climbers from all over the world. The beautiful mountain resembles a chiseled pyramid which closely resembles images of a mountain we used to see in children’s books.

Matterhorn is a challenging mountain and guides are a must if you are new to mountaineering. For a novice, most guiding companies offer a six-day package that includes training before the climb. Depending on your skill level, there are many routes to the summit. Many of them suit beginners.

In 2015 the “Hornli Hut” opened to mark the 150th anniversary of the first ascent by Edward Whymper. The best time to climb the summit is the warmer summer months. But the weather on the mountain is unpredictable. It is best to pack versatile clothing and be ready for all kinds of situations.

Mount Khuiten straddles the borders of Russia, China, and Mongolia. It is tiny compared to K2 and Everest. It sits in the remotest part of Mongolia and is the tallest peak in the country. You have to be fit if you want to climb this mountain. Trekkers can easily explore the area around base camp.

The climb isn’t difficult for the locals but it does require some technical knowledge and skill. The route to the top isn’t steep but it is scarred by the crevasses of Potanin Glacier so you need to be careful about your steps. Because of its remoteness, you should keep the weight of your backpack light.

Mount Khuiten attracts both, serious mountaineers who aim to conquer the summit as well as trekkers who are only interested in the experience that comes by exploring the remote regions of the mountain near the base camp. Because Mount Khuiten is one of the most inaccessible mountains in the world, some local adventure groups will use camels as shuttles to the mountain.

In the Caucasus Mountains stands the highest peak of Europe, Mount Elbrus, that serves a watchtower between Asia and Europe. The mountain is a dual-cone volcano with the west summit standing at 18,510 ft. and the east summit at 18,442 ft.

Mount Elbrus has great appeal because of its strenuous climb which is nevertheless rewarding. The mountain’s location affords visitors great opportunities to see the transition of ethnic groups along the region such as Turkish, Georgian, Azeri, and Russian.

Most geographers place Elbrus in Europe making it the tallest mountain in Europe and, hence, a part of the Seven Summits, the highest mountains in each continent for the elite climbers. However, this mountain is best attempted by climbers of moderate skill level.

Mount Denali, also known as Mount McKinley, is the highest mountain in North America and one of the most amazing mountains to be climbed in the Seven Summits. The elevation gain from its base to the summit is 18,000 ft., unsurpassed anywhere in the world. You need no reason to climb this monster of a mountain.

Mount Denali is situated in Denali National Park. It is the third most prominent mountain in the world. Denali has two peaks, South and North. The South peak is the highest and so popular among climbers. The North summit is rarely climbed.

The West Buttress Route is a non-technical climb taking about three weeks. The complex weather patterns make it difficult. Exhaustion can trick you into making some fatal mistakes. It is advised to always be a part of a group along with a mountaineering guiding company who will prepare you for it.

Annapurna is the 10th highest mountain in the world and one of the fourteen mountains over 23,000 ft. Annapurna was the first 23,000 ft mountain climbed and first to be climbed without supplemental oxygen.

The Annapurna trek around the Himalaya is the Annapurna Circuit which is one of the most popular high-altitude treks in Nepal. The circuit is between 100 to 145 meters in length depending on your starting and ending point. The whole area is protected under the Annapurna Conservation Area.

By circumnavigating the Himalaya, you will see lush bamboo forests to arid high mountain landscapes. Most visitors here climb over the famous Thorung La, standing at 17,599 ft. On completing the hike, climbers are rewarded with a beautiful sunrise casting its rays on the white Himalaya peaks.

Mount Snowdon is the highest mountain in Wales and England. Situated in the Snowdonia National Park, it is one of the most accessible mountains in the world. Anyone who is reasonably fit with no health problems should be able to go up and come back in around 8 hours.

It is favorite among first-time mountain climbers. It is a training ground to prepare for tougher climbs. Edmund Hillary trained here before becoming the first person to reach the summit of Mount Everest. That makes it very attractive and popular among novice hikers with big aims.

The mountain is huge for hikers in the summer. Fortunately, it has six spread out routes to the top which divides the crowd making it easy for everyone to have a good time. There’s a shuttle bus that runs around the base, so there is no need to a loop hike. It also means you can take different routes while going up and down without worrying about where you parked your car.

Mount Toubkal is situated in the Atlas Mountains of southwestern Morocco. It is the highest mountain in North Africa. The mountain can be climbed in two days. It is accessible from Marrakesh and can be climbed all year around. You would need ice-axes and crampons between and November and May. But that’s just about it. Other times, you don’t need any special equipment.

As the highest mountain in North Africa, Toubkal offers a strenuous climb. In the winter, snow causes some additional challenges in the climb and loose scree and dust in the summer. Marrakesh just 60km away gives a beautiful view when looked at from the summit

The most amazing feature of Mount Toubkal is that the climbers will pass through the traditional villages of Berber. The peak offers beautiful views of the plain of Marrakesh. When the skies are clear, the Sahara Desert can be seen in the distance from the summit. 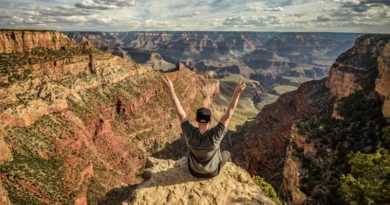 Hiking the Grand Canyon Rim to Rim in One Day 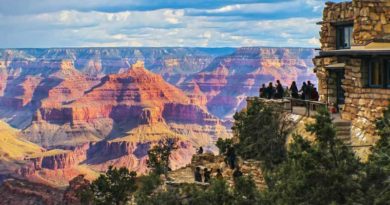 The 6 Must-Do Hiking Trips in the Grand Canyon