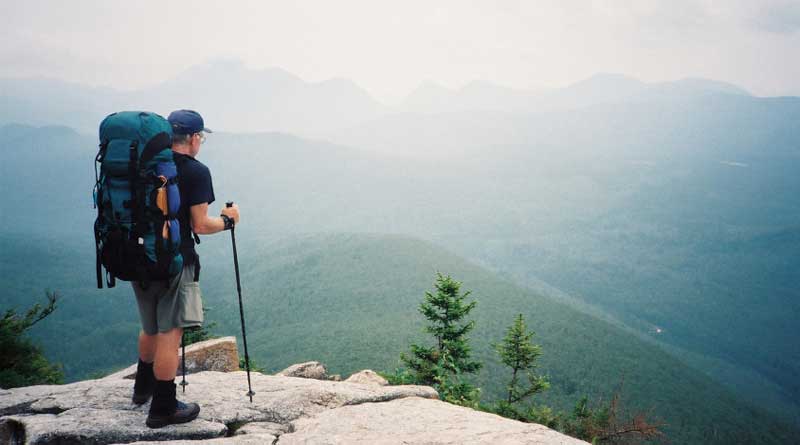 So you want to go on a long hike on the Appalachian Trail because you loved where you have been before, or just because you want to discover some other part of the Trail just to admire its beauty and the scenery that it contains. But none of your buddies are free to go with you. We all go through this. All of our buddies are too busy in work life that no one can go with us and we can’t help but think if we can safely hike the Appalachian Trail alone.

Hiking the Appalachian Trail alone seems like a horrifying idea, but it is not really. The trail has a caretaker service in the populated area. You would need cautions in some remote areas, however. Register yourself and go through the trail guidelines and regulations to know about the hazards along the trail and to be a recognized hiker. Plan your gear list well and if you are going for a thru-hike plan your resupplies as well. Keep a GPS locator with you. Bringing firearms is not a good idea but bringing a dog is. Let’s talk about the Appalachian Trail and what you need to consider to hike alone on it.

The Appalachian Trail is the world’s longest foot trail. It measures 2,100 plus miles (3,500 km) and extends through 14 states starting from Georgia and ending in Maine. The idea started in 1921 by citizens. It took more than a decade work to complete the trail in 1937. The trail is maintained by 31 trail clubs and partnerships, and it is managed by National Park Service, United States Forest Service, and the non-profit Appalachian Trail Conservancy. Improvements are continuously made to the trail, and so the length varies as the tail is modified and rerouted. The Trail is accessible throughout the year.

2. How long does it take to Hike the Appalachian Trail?

The Trail extends between Springer Mountain in Georgia and Mount Katahdin in Maine and measures around 2,200 miles and Hiking the Appalachian Trail takes about 5 to 7 months. So it goes without saying that hiking the Appalachian Trail is one hell of a challenge to undertake. It takes a man of commitment and sheer will to go through such a task and a lot of preparation and planning has to be made to start the hike.

Hiking a long trail in one go is known as a thorough hike and referred to as a Thru-hike among hikers. In the case of the Appalachian Trail, it is known as the A.T. Thru-hike. After deciding where to start your hike, you must register your thru-hike. It is necessary that you plan your points for resupply along the path and go through camping and other regulations along the path if you want to be officially recognized as a 2000-mile hiker.

To prepare to hike the AT, not only do you have to plan your route and resupplies, but you also have to plan for what you are going to pack for the path. Hiking the Appalachian path also requires a great deal of physical preparation. According to the Appalachian Trail Conservancy, every year thousands of people attempt the A.T. thru-hike but only 1 out of four make it all the way.

3. Hiking the Appalachian Trail with a Dog

This is one of the most asked questions, Can I hike the Appalachian Trail with my dog? Yes, you can hike the A.T. with your dog. However, according to the trail policies, there are two places where you can’t take your dog with you:

There are two ways to get around this, either you skip the venue all together, or you go for a boarding service for your dog. Skipping the venue is a bad idea and usually hikers don’t prefer it either. Boarding your dog is another way to get around the problem. It has many benefits. You and your dog both get rest because your dog requires extra care.

Other than these two places, you can take your dog with you on an A.T hike. But that is not the only problem you are going to face when you hike the A.T. Taking a dog on a hike takes a lot of planning and dogs require a lot of care on the hike. There are certain factors that you should take into consideration while your dog is with you.

You would have to make sure whether your dog is up for the hike or not. You need to make adjustments to its diet. Make sure whether its paws would keep up or you would have to get your dog hiking boots. Would your dog behave adequately along the way? Are you ready the embrace the personality change your dog goes through? All these factors matter and if you and your dog are fine with these changes, then all of you are good to go.

Hiking solo on the Appalachian Trail can be a great experience if done right. However, this experience is only limited to experienced hikers. If you are a newbie, it is recommended that you hike A.T. with a seasoned pro hiker first. One of the great things about the Appalachian Trail is that there caretaker services available in populated areas that report back to the managers. However, there are a lot of remote areas along the way where help takes longer to reach.

The AT can provide a great hiking experience if you are comfortable with your own thoughts and you possess great hiking skills and you are self reliant. While hiking in groups is a safe option, you can keep a high level of safety alone if you plan wisely and keep your wits along the way. Realize that it is never completely safe and people do die on the trail and so this is certainly something not recommended for inexperienced hikers. Although, bringing firearms is legal on the trial, you need to figure it out yourself whether it is safe or not because it can also be used against you.

5. Solo Hiking the Appalachian Trail as a Woman

Many women have hiked the Appalachian Trail alone. According to them, hiking the Appalachian Trail as a woman is nothing that should be feared. However, there are that women need to be more cautious about than men. First of all, whatever you do, don’t spread the news of you going to , the people you don’t trust. If you are a social type of a person and you like to post every activity, you can delay that until after you come back from the trip.

When you see hikers, just don’t freak out. Most of the time they will just pass by smiling and saying hello. You don’t have to worry about them until you decide to travel with them. However, don’t look nervous and keep your wits about yourself. An attacker would think twice if he gets the impression that you can handle yourself.

Camp far away from the road because attackers would probably come and leave via a car. It is always a good idea to register yourself and inform the people you trust and keep them updated with your current location so that they can help the authorities track you in the unfortunate event of you going missing. Traveling with a dog is a good idea.

Apart from the typical gear list, which includes a backpack, sleeping bags, tents, boots, etc, that you need for almost all hiking trips, every hike and trail have their own requirements which are specific to them and you must take those into consideration. You don’t want to be overpacked, and you certainly don’t want to be under packed. So what to pack for an AT hike?

The answer depends on what kind of a hike you are going to go on, whether it will be a short hike or a thru-hike. Coming across rain is highly likely on the Appalachian Trail so it is recommended to have waterproof gear with you along with clothing to handle rain. There are some very crucial things that hikers miss because they don’t consider these a big issue only to find out that they are in the hell of trouble.

Bug management is one of the most lightly taken issues, especially among new hikers who don’t know that the Appalachian Trail has a bad reputation when it comes to bugs, mosquitoes, ticks, and Lyme disease. They think they can handle it. They can’t! No one can. Bug management is a serious issue and if you, unfortunately, get Lyme disease or malaria from ticks or mosquitoes, things can go south quite fast in the wild. Make sure to bring insect repellent lotion and spray with you and check for ticks every night and after you wake up.

Bring water filters with you. Don’t rely on the water sources along the trail. They have become contaminated over time due to a large number of visitors. Sawyer Squeeze is a good idea to take with you. It is extremely lightweight and fixes onto water bottles and can also be used as an inline filter with a hose and a bladder hydration system. It also has a long life (a thousand gallons!).

When hiking alone, safety items become the most important items along the way. Bring a knife, a GPS locator, a torch and an air horn with you for the hike. Air horns make a lot of noise in case of trouble and also frighten away animals like bears and tigers, etc. Some areas of the Appalachian Trails are known for bears. Make sure to read the guidelines to know of areas of bear presence. Bring bear cans for those areas as well.

7. Dangers on the Trail

The Appalachian Trail is relatively safe. However, criminals, wild animals, weather and human errors are the greatest hazards on the trail. Bears, coyotes, snakes and wild boars pose a threat to humans. Some instances of rodents, foxes, racoons and other small animals biting the hikers have been reported which pose threat of rabies. Deer ticks are also a threat being vectors of Lyme disease. There has been one reported case in 1993 of hantavirus, a rare rodent-borne disease that affects the lungs. Poison Ivy is common along the trail, especially as you go South.

Criminal activity is another threat on the trail. Crimes are usually committed by non-hikers coming across the hikers randomly. There have also been homicide incidents reported on the trail. The first murder was reported in 1974 in Georgia. In 1981, violence on the trail received nationwide attention when two activists were killed in Ellsworth, Maine. In 1996, two women were abducted and killed. However, according to Appalachian Trail Conservancy, the ratio of crimes on the trail is very low compared to 3 to 4 million annual visitors.

Although doesn’t pose a fatal threat, extreme heat can bring about exhaustion and dehydration. Cold temperatures in the north can induce hypothermia if careless. Strong winds, hail storms and rain and reduced visibility when prolonged, can deplete stamina and ruin supplies. In March 2015, a hiker was killed on in Maryland when a large tree blew and fell over him.

Human error is another huge threat and perhaps the most undermined threat of these all. If you have a passion for photos, please be careful and try to take those photos from a safe place. A lot of people have died around the world taking photos, specially selfies, in the outdoors falling from cliffs and mountain tops. In October 2015, a hiker from England was killed while taking photos at the Annapolis Rocks overlook in Maryland. In July 2013, Geraldine Largay got lost on the trail. She survived 26 days before dying. Her remains were found two years after her death in October 2015. 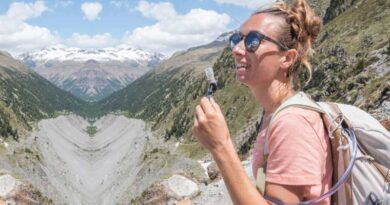 Can you put a Water Bladder in any Backpack? 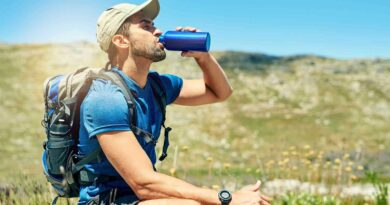 How Much Water Do You Need For A Day-Hike? 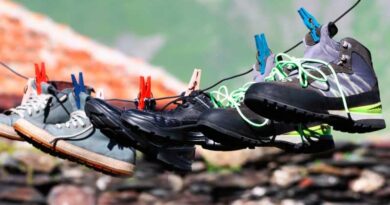 Can you Wash Hiking Boots in the Washing Machine?

December 2, 2020January 14, 2021 Pure Hiker
We use cookies to ensure you get the best browsing experience. Learn more